Ben Donich is a Corbett in the Arrochar Alps. It was described as one of the easier walks due to the car park being already at a third of the Corbett height. We had originally considered to climb the Cobbler instead, but it was a cold day and some of us were feeling a bit under the weather already. Despite going through phases of bright sunshine, hail, rain, and storm, we were rewarded with fine views all around, most of the time. 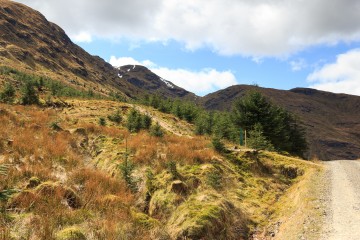 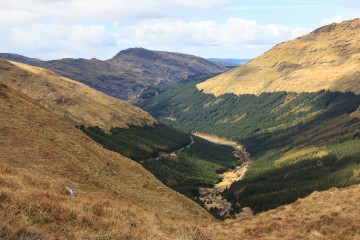 The path starts at a small car park near the popular Rest and Be Thankful car park on the A83. Through a wide gate we entered the Forestry Scotland land and found the promised signs directing us to the open Ben Donich access path. A warm patch of sunlight greeted us just as we started the ascent. Those warm jackets soon came back on though! 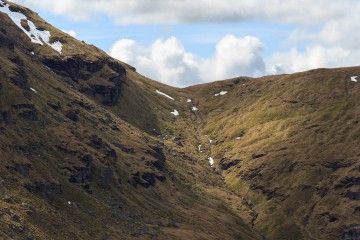 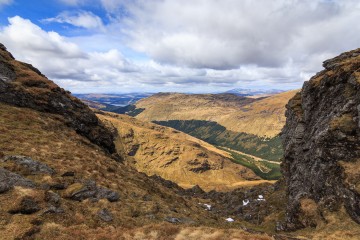 Some pretty impressive rugged rock formations came up long past the tree line. A few remaining patches of snow were now on eye level as we looked up along the path into the clouds. And we got to see the ‘sudden drop’ promised in the walk description, which did require some scrambling down a narrow ledge. 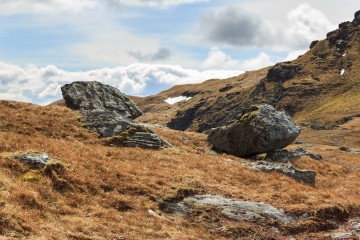 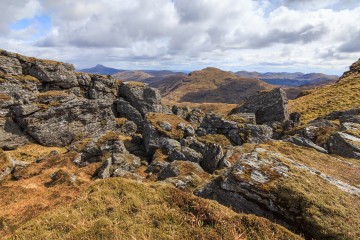 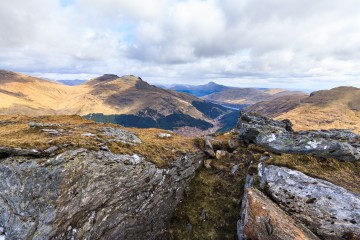 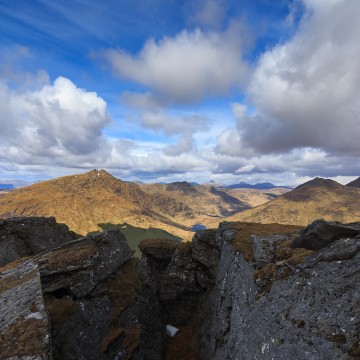 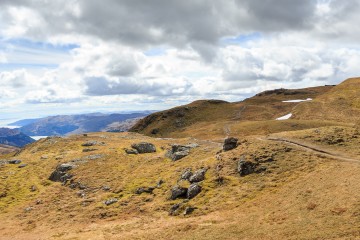 At the top we only took a short break, as the views were comparable to what we had seen five minutes ago, and the cold wind was blowing a lot harder up here. After a rushed group photo, we hurried to get out of the wind and begin the slow descent. 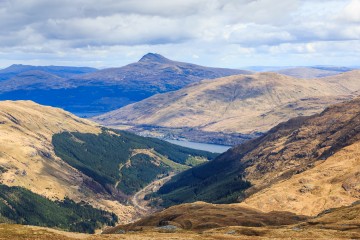 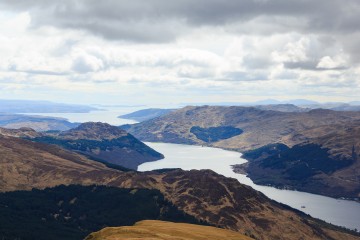 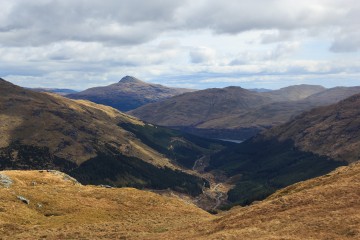 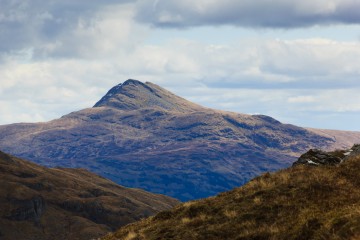 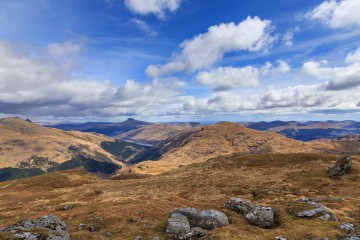 The descent although a bit cloudier now gave some new perspectives on what we had seen before. 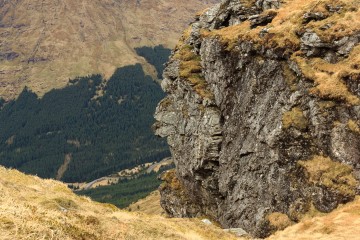 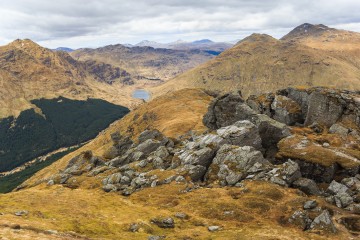 Ben Donich is situated in the Arrochar Alps and can most easily be reached by car. Driving from Glasgow takes a bit over an hour and there is ample car parking at the Rest and Be Thankful car park. We actually drove up the small road past it, and parked right by the gate.

Detailed description of the route we followed: Ben Donich on Walk Highlands